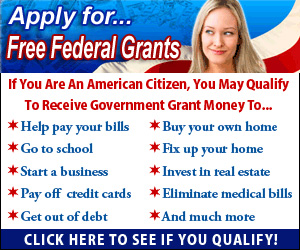 On the basis of reports indicating that pollution in this reach of the Connecticut River was endangering the health and welfare of persons in Connecticut, the Secretary of Health, Education and Welfare convened a conference under Section 8 of the Federal Water Pollution Control Act (33 U.S. C. 466g et seq.) in 1963 to investigate the pollution of the Connecticut River in Massachusetts and Connecticut (See Appendix A-2). This conference documented the appalling water quality of the Connecticut River and initiated strategies to begin to clean up the river (Kittrell, 1963). By the early 1960s, the steadily increasing public concern regarding water pollution issues resulted in organized planning for implementation of primary and secondary wastewater treatment in several municipalities, including Hartford, Connecticut.

Since 1963, USEPA's Construction Grants Program has been responsible for elimination of vast amounts of untreated or partially treated wastewater entering the Connecticut River. The process of reducing the loadings and substantially improving the quality of the Connecticut River was significantly influenced by the 1972 CWA and the available federal funding. Subsequent to the enactment of this legislation, 125 new or upgraded treatment plants were constructed along the Connecticut River at a cost of nearly $900 million (Conniff, 1990). From 1972 through 1984, eligible projects were funded 75 percent by federal grants, 15 percent by state grants, and 10 percent by local financing; prior to 1972, the federal share was 55 percent (CTDEP, 1982). Three secondary wastewater treatment plants in the Hartford area (Hartford, East Hartford, and Rocky Hill) were completed by the mid-1970s (Gilbert, 1991).

One of the major problems still facing this important New England waterway, however, is combined sewer overflows (CSOs). Overflows during storm events can still cause discharge of untreated sewage into the Connecticut River between Springfield,

Massachusetts, and Middletown, Connecticut. CSO problems are the principal reason the Connecticut River does not consistently meet the Class B fishable/swimmable standard for fecal coliform in northern Connecticut (above Middletown) (Mauger, 1991).

As a result of implementation of municipal and industrial wastewater treatment in the Connecticut River Basin, total pollutant loading has decreased substantially since the 1960s. The approximate total population served by the 22 sewer systems in the Connecticut and Massachusetts portions of the river basin in 1963 was 734,265 people; of these, 282,590 (38 percent) resided in East Hartford and Hartford, Connecticut (Kittrell, 1963). In 1990 the sewered population of the greater Hartford metropolitan area was 366,574, served by the Hartford, East Hartford, and Rocky Hill facilities. The largest of these, the Hartford water pollution control plant, currently has secondary treatment upgraded from 60 mgd to 80 mgd in 1993.

Since implementation of the 1972 CWA, substantial reductions in point source loads of oxidizable materials have been achieved as a result of technology-based and water quality-based effluent controls on municipal and industrial dischargers in the Connecticut River watershed. Nonpoint source runoff, driven by the land uses and hydrologic characteristics of the watershed, also contributes a pollutant load to the Connecticut River that must be considered in a complete evaluation of the impact of regulatory policy and controls on long-term water quality trends. To evaluate the relative significance of point and nonpoint source pollutant loads, inventories of NPDES point source dischargers, land uses, and land use-dependent export coefficients (Bondelid et al., 2000) have been used to estimate catalog unit-based point (municipal, industrial, CSOs) source and nonpoint (rural, urban1) source loads of BOD5 for contemporary (ca. 1995) conditions in the case study area (Figure 5-6). Municipal facilities contribute 42 percent (10.5 metric tons per day, mt/day) of the total estimated BOD5 load, while industrial dischargers account for 10 percent (2.4 mt/day) of the total BOD5 load. Nonpoint sources of BOD5 account for a total of 47 percent, with rural runoff contributing 13 percent (3.3 mt/day) and urban land uses accounting for 34 percent (8.5 mt/day) of the total load (Figure 5-6).

'For the purposes of this comparison, urban stormwater runoff includes both areas outside (termed "nonpoint sources") and within [meeting the legal definition of a "point source" in section 502(14) of the CWA] the NPDES stormwater permit program.

Information on biotic populations in the Connecticut River is scarce for most of the period previous to 1975 (Center for the Environment and Man, 1975). The precolonial salmon population was very large and supplied Native Americans and, later, early colonists with an abundant food supply. A long absence of Atlantic salmon in the river was noted between 1874 and the late 1970s. An Atlantic salmon caught in 1977 was the first documented occurrence of the fish in the river since 1874 (USEPA, 1980).

The absence of salmon can be attributed partially to dam construction, which prevented the fish from migrating upstream to spawn, and partially to water pollution. The first dam across the river was constructed in 1798 at Turners Falls, Massachusetts (Jobin, 1998). Fish ladders were built around dams when people began to understand

Getting The Internet Grant

Get All The Support And Guidance You Need To Get The Money You Need For Your Business! This Book Is One Of The Most Valuable Resources In The World When It Comes  To Tips On Negotiating With Venture Capitalists And The Government To Start A Huge Internet Business!