'Green citizens' are likely to live in a 'cohousing' setting, where individually owned dwellings share facilities such as children's play grounds, laundry units and gardening equipment. The buildings are constructed using sustainable materials such as locally sourced wood or straw, have double or triple-glazed windows and use energy efficient lighting and appliances. The building takes advantage of passive solar heating by capturing sunlight through south facing windows and sun pipes. Walls and ceilings are insulated to reduce heat loss. Hot water for the shower and part of the building's electricity requirements are generated by a solar thermal water heating system and PV cells. Another part of the building's direct energy needs comes from a nearby community-owned wind turbine or a CHP plant. Cables carry direct current electricity (which reduce losses associated with conversion to alternating current) straight from the PV cells to a charging point for mobile phones, digital cameras and so on.

Inside the house the latest A-rated appliances feature throughout the kitchen and utility room. Rather than sitting in the garage filled with beer, the old fridge freezer is recycled. While the television may still hold pride of place in the living room, it has transformed to a multimedia gateway to television, films, music and the Internet and uses advanced technology to minimise energy consumption. The green citizens are also aware of how much their house costs, in terms of money and the environment: a smart meter measures their exact energy consumption, which is communicated via a digital display unit or on a home computer.

The home is designed to encourage people to minimise indirect energy use. A rainwater collector on the roof provides water for the toilet, while all biodegradable household waste is composted and the rest recycled. Most daily transport routines such as getting to work and to local amenities are by bicycle or public transport. Some of the neighbours in the street might have decided that a good way to reduce their street's carbon emissions would be to organise a car-sharing scheme, reducing the number of single-occupancy car journeys. Others, wishing to avoid flying, might have organised a timeshare arrangement for holidays within the UK. A daily nearby market sells food and other necessities produced from low carbon sources, and local residents are encouraged to get involved in the maintenance of the shared gardens.

The idea of sustainable living is by no means new, but seems to be going through a new revolution. People have lived in communities throughout history, but modern day community living (cohousing) was developed in the 1970s in Denmark and consists of individual dwellings that share some facilities such as laundry rooms and children's play areas (Meltzer, 2005). Recently cohousing has become popular elsewhere in the world, particularly in Northern Europe, the US, Canada and Australia (Meltzer, 2005). It has also been introduced in the UK, though the idea is still far from becoming mainstream there. A number of new 'eco-towns' are planned in the UK, but critics argue that some of these are simply repackaged 'brown developments' that are far from sustainable.

To some, the eco-homes and sustainable lifestyles of the green citizens may seem unattractive, or like a utopian idea of a community living detached from the rest of the world. However, as environmental concern has grown more and more people are motivated to 'do the right thing' and reduce their impact on the environment (Dobson, 2007). If the average household in the UK were to shift halfway towards this vision, the reduction in environmental impact would be substantial. This does not mean wearing 'hair shirts' or a return to a pre-consumer age, or even necessarily a more communal way of living. The key points, however, are a different type of consumption pattern (that emphasises well designed sustainable products), and greater use of household-scale or collective provision for needs such as mobility, light and power.

This more active mode of citizen engagement with the provision of the energy has been described as 'co-provision' (van Vliet, 2004). Other essential services can also be provided by partnerships between individuals, communities, the private sector and the state. The philosophy of co-provision has been widely discussed in UK government circles since the late 1990s (Halpern et al., 2004; Willis, 2006), where it is seen as a response to the failures of technocratic public service delivery in areas such as health and education. Advocates of co-provision cite the need to engage citizens so that they share the responsibility for these services. But this does not mean that governments are absolved from responsibility. Much stronger economic and other incentives from governments at international as well as local levels are required to make this shift real. The remainder of this chapter outlines some of the policy options, and argues the case for more decisive action. 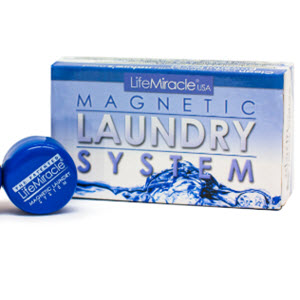