Historical Note on the Placer Gold Deposits of Alaska 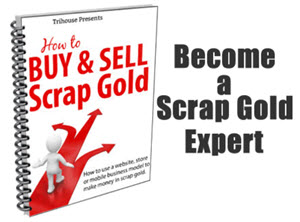 The placer gold deposits of Alaska and the Yukon Territories lured tens of thousands of frontiersmen to the wild and dangerous territories of the north in the late 1800s and early 1900s. Life was extremely tough, the rewards few, and dangers many, but some of these frontiersmen did find gold and managed to settle the north.

Gold typically occurs as a native metal and is found in lode deposits or placer deposits. Lode gold includes primary deposits in hard bedrock or in vein systems in the bedrock. In contrast, placer deposits are secondary, concentrated in stream gravels and soils. Gold is chemically unreactive so it persists through weathering and transportation and concentrates in soils and as heavy minerals in stream gravel deposits known as placers. Placer gold was the sought-after treasure in the great gold rushes of the Fairbanks gold district and the Yukon Territories of Canada, where many placer and lode deposits are still being discovered and mined.

The placer gold mining in Alaska was started after George Washington Carmack and his Native American brothers-in-law Skookum Jim and Tagish Charlie discovered rich deposits of placer gold on a tributary of the Klondike River in the Yukon Territory in 1896. Tens of thousands of would-be gold miners rushed to the Klondike in 1897-98, and many more struggled over the treacherous Chilkoot and White Passes in 1898, only to find that all of the streams and rivers in the area had already been claimed. Many of these enterpreneurs continued moving north into the wilderness of Alaska in their quest for gold. Alaska had been purchased from Russia only in 1867 and offered a new frontier for the United States. Gold had been reported from the Russian River on the Kenai Peninsula in 1834, and in 1886 the first major discovery of gold in interior Alaska was reported from the Fortymile River. Other gold deposits were known from Birch Creek, in what is now the Circle mining district.

The miners who left the Klondike district continued down the Yukon River to the coast on the Seward Peninsula and found gold on the beaches at Nome, starting a new gold rush to the coast. The beaches at Nome were also quickly staked and claimed, and many thousands of explorers and potential gold miners stopped between the Yukon and the Nome beaches, searching for the precious metal in the soils and gravels of central Alaska. In 1902 Italian gold prospector Felix Pedro found gold along a tributary to the Tanana River, at the site of what is now the city of Fairbanks. This became the next gold rush area in Alaska, and has led to many years of gold exploitation along the rivers, as well as the establishment of what has become one of Alaska's biggest cities, founded on the concentration of gold in the regolith.

The early placer mining techniques were very labor intensive, with minors digging gravel from the streams, moving it in wheelbarrows, and washing it in sluices and gold pans in search for the metal. Later, near the turn of the century, new techniques were developed in which miners would build fires to melt the permafrost, tunnel to 20 or 30 feet (6-10 m) into the gravel, and excavate huge piles that were later sluiced in the search for gold. Later techniques saw powerful fire hose-like hydraulic nozzles used to thaw and loosen large quantities of gravel for sluicing, then in the 1930s steam-powered shovels and bucketline dredges rapidly increased the pace of mining. Only in the 1980s did environmental concerns stop these mining methods, by which time the entire environment had been stripped bare, then the barren gravels laid back in the stream channel. Now explo ration for gold in the soils and regolith must be done under strict guidelines of the U.S. Environmental Protection Agency.

Disasters: Why No ones Really 100 Safe. This is common knowledgethat disaster is everywhere. Its in the streets, its inside your campuses, and it can even be found inside your home. The question is not whether we are safe because no one is really THAT secure anymore but whether we can do something to lessen the odds of ever becoming a victim.