The possibility that hydrate may supply extremely large volumes of methane over a long period of time will be the main motivation for carrying out research into the naturally occurring hydrate system. Despite the possible significance of hydrate to ocean/atmosphere chemistry and its impact upon climate and seafloor stability, the amount of money available for research into that facet of hydrates which may generate economic return is potentially large enough to support very substantial research efforts. Thus, examining economic potential of hydrate is important.

Will purely economic judgements be made with respect to the development of the methane resource of hydrate and can methane be recovered commercially? Economics are different in different countries where displacement of imported fuels by locally derived fuels may be tolerable at costs that are substantially above those of other countries. Economics are also different in countries without large stocks of petrocurrency and in countries where the existing tax regime allows governments to cut the tax on fuels to subsidize local fuel production and yet not raise prices to its consumers. In short, hydrate may be developed first in those countries where it makes economic sense to do so.

There is not a free market in world fuels. For instance, the first 'petroleum shock' and the rise of politically motivated and economically sophisticated petroleum producing countries in the early 1970's, has made obvious the fact that even though very large reserves of petroleum occur around the world, many of these restricted sources are subject to at least partial withholding from the markets of major industrial countries such as the United States for reasons that have nothing to do with the simple economics of supply and demand. In short, the industrial West does not control the majority of the world petroleum supply. With the passing of the Cold War political and economic framework, a new geopolitical situation has arisen, especially with

regard to the world energy market. Producers and consumers are no longer closely tied within well-defined political-economic associations. In addition to the weakening of political restraints that once emanated from competing superpowers, the hydrocarbon producer countries have shown that they can discipline themselves, and via controlling the price of petroleum, establish themselves as an important power block in the emerging new world economy.

The Organization of the Petroleum Exporting Countries (OPEC) is an intergovernmental organization whose stated goal is the stability and prosperity of the petroleum market. Eleven countries take part as full members. The OPEC member countries currently supply more than 40 per cent of the world's oil and they possess about 78 per cent of the world's total proven crude oil reserves. It is in the interest of these OPEC countries to attempt to coordinate their oil production policies in order to achieve a stable market and a higher price for their product. In addition, the OPEC countries established the OPEC Fund for International Development in 1976. The OPEC Fund provides development loans and grants to non-OPEC developing countries. Its loan commitments to date exceed $3.4 billion. Distribution of these funds undoubtedly affects the political and economic decisions of countries which benefit from this new source of financial aid.

Is there a shortage of hydrocarbon fuels? The simple answer, at least in the short term, is no. "There are today more than a trillion barrels of proven reserves [of oil] (recoverable at current prices under current conditions)." (Jaffe and Manning, 2000). There is presently a production capacity in excess of demand and new discoveries, such as those along the eastern South American and west African continental shelves and slopes are adding to the world petroleum reserve. If the total fuel reserves of the world are set against demand, there are many years of conventional hydrocarbons available. The essential issue is not the existence of petroleum, but of production and distribution. If the available production capacity was utilized to capacity and a completely free market set the prices, effective oversupply would drive the price low and hold it there for many years. On the other hand, low prices and rapid depletion of producer's finite natural resources may not be in the best economic interests of producer countries who naturally wish to keep the price of petroleum high.

Although the views of individual consumers who ultimately pay for petroleum products in the industrial world have tended to be given the greatest publicity, there are other considerations and potential consequences. A real superabundance of petroleum may lead to "danger... [that] long-term trends point to a prolonged oil surplus and low oil prices over the next two decades." (Jaffe and Manning, 2000). A truly globalist economic framework, where national boundaries do not constitute economic barriers, raises the possibility of serious political problems arising in producer country societies where income from exporting remains too low to allow significant investment. Instability in the oil-producing countries because of an inevitable decline of oil prices has the potential to introduce societal instability. And it is to be feared that this instability could spill over into First World countries of the industrial world, at least in part in the form of large scale migratory pressures.

Thus, a basic conflict appears to be developing and becoming formalized between producers and consumers in the energy market. This competition between producers and consumers to control, or at least strongly influence, the price of hydrocarbon fuel is almost certainly to be a feature of the world's geopolitical and economic framework for the indefinite future. It will be necessary to fashion an economic framework for world energy that will take into account the objectives of producer countries while insuring the availability of energy supplies to consumer countries.

What constitutes energy security? Every industrial society is fundamentally based on the uninterrupted supply of sufficient fuel at acceptable prices. The maintenance of dependable fuel supplies therefore underpins economic and political stability of industrial countries and constitutes a basic security issue. The issue of energy security is often expressed as a matter of price, but there is a deeper concern. Industrial countries such as the U.S., which was once energy independent, has now become dependant upon imported energy. However, energy security to the U.S., which prints the world's only petrocurrency, consists of supporting the present economic framework and maintaining the ability to purchase petroleum, albeit at a price that may be somewhat higher than could be obtained in a completely free market. Other countries such as those represented by highly industrialized Japan, which never had significant indigenous energy sources but has sufficient currency reserves to also purchase as necessary, and India, which represents a large number of countries which are not petroleum exporting countries but wish to raise their standard of living and industrialize, view energy security in a different manner.

Energy security can be guaranteed only where a consumer country is in direct control of its energy sources. Only a few industrial, or First World countries, such as Norway and Brazil may be in this enviable situation, although in the past the U.S. was once largely energy independent during its era of greatest industrialization. Most countries are either producers or consumers, yet only a few producers have invested their money in developing infrastructure that will outlast their ability to produce energy. Saudi Arabia, for instance, may have squandered up to 13 trillion dollars income from exporting petroleum without developing a modern commercial economy. What then are the options of countries that wish to insure the security of their energy supplies; that is adequate supplies at adequate costs?

The obvious answer to a potential energy shortage that may be created anywhere in the chain of supply, no matter how artificial or periodic, is to develop indigenous replacement energy sources that would be under the direct control of the consumer country. This may not be an impossible goal for many countries, especially those that border the sea and can exploit their deeper water continental margins for hydrocarbon deposits that can now be reached using rapidly evolving technology. Israel, for instance, succeeded in developing a Gross National Product that is now larger than Saudi Arabia with no easy source of investment money as would be associated with being a hydrocarbon exporter and with virtually no indigenous energy supplies. But the success of Israel in building its commercial society with no energy resources has not stopped Israel from exploration for its own energy resources. And Israel's luck has recently been good. A new offshore gas field in Israel's territorial sea area could supply Israel's natural gas needs for 15 years without any need for imports, and geologists say it is likely that other large sources of natural gas lie close to the current sites off Ashkelon (Ha'aretz, 2000). Brazil, Nigeria, Angola, Australia, etc. are all currently engaged in hydrocarbon exploration, much of which is taking place in their immediately adjacent sea areas.

Where countries are not able to find and develop new conventional hydrocarbon sources, they will have to either considerably scale back their plans for industrialization and suppress consumer demand or meet their energy requirements from some other source, such as nuclear energy. Countries could also import hydrocarbons in volumes beyond those they originally contemplated or develop indigenous gas (methane) or petroleum from unconventional sources, such as: (i) coal-bed methane; (ii) in-situ coal gasification; and (iii) gas hydrate. Of these possible sources of new hydrocarbon energy, identification of gas hydrate and extraction of methane from it has recently, and rapidly, become an attractive exploration topic, especially for countries such as Japan, which has a long-term focus on energy supply and security. 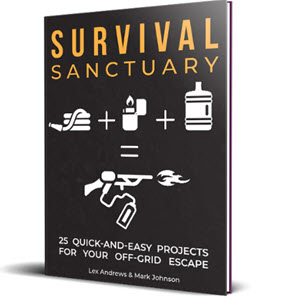