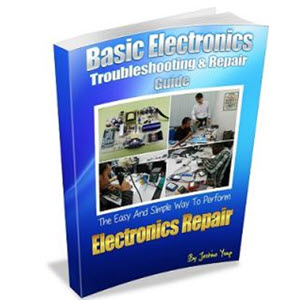 Like the Hadley cells, the low and high pressure centres characteristic of mid-latitudes are a manifestation of the need for heat to be moved polewards, to compensate for the radiation imbalance between low and high latitudes (Figure l .4). Though less spectacular than tropical cyclones, mid-latitude weather systems transfer enormous amounts of heat - a single travelling depression may be transferring 10-100 times the amount of heat transported by a tropical cyclone.

If, in the long term, no given latitude zone is to heat up, heat must be transported polewards at all latitudes. On an idealized, non-rotating Earth, this could be achieved by a simple atmospheric circulation pattern in which surface winds blew from the polar high to the equatorial low, and the warmed air rose at the Equator and returned to the poles at the top of the troposphere to complete the convection cell (see Figure 2.4).

However, because the Earth is rotating, and moving fluids tend to form eddies, this simple system cannot operate. The Coriolis force causes equatorward winds to be deflected to the right in the Northern Hemisphere and to the left in the Southern Hemisphere, so acquiring an easterly component in both hemispheres - as we have seen, the Trade Winds blow towards the Equator from the south-east and north-east. But the Coriolis force increases with latitude, from zero at the Equator to a maximum at the poles, so while winds are deflected relatively little at low latitudes, at higher latitudes the degree of deflection is much greater. The Coriolis force and the inherent instability of air flow together lead to the generation of atmospheric vortices. These are the depressions and anticyclones so familiar to those who live in temperate regions. Their predominantly near-horizontal, or slantwise, circulatory patterns contrast with the near-vertical Hadley circulation of low latitudes.

Before proceeding further, we should briefly summarize the conventions used in describing atmospheric vortices. Circulations around low pressure centres, whether in the Northern Hemisphere (where they are anticlockwise) or in the Southern Hemisphere (where they are clockwise), are known as cyclones (or lows, or depressions). The way in which air spirals in and up in cyclonic circulation is shown schematically in Figure 2.5(a). Circulations around high pressure centres (clockwise in the Northern Hemisphere,

Figure 2.5 Schematic diagrams to illustrate how (a) air spirals inwards and upwards in low pressure areas (cyclones) and (b) air spirals downwards and outwards in high pressure areas (anticyclones) (drawn for Northern Hemisphere situations). The contours are isobars (lines connecting points of equal atmospheric pressure) and the numbers give typical pressures at ground level, in millibars. Note that here the angle at which the air flow crosses the isobars is somewhat exaggerated. Within ~ 1 km of the Earth's surface, the air flow would cross the isobars at small angles, while above that it would follow the isobars quite closely.

Figure 2.5 Schematic diagrams to illustrate how (a) air spirals inwards and upwards in low pressure areas (cyclones) and (b) air spirals downwards and outwards in high pressure areas (anticyclones) (drawn for Northern Hemisphere situations). The contours are isobars (lines connecting points of equal atmospheric pressure) and the numbers give typical pressures at ground level, in millibars. Note that here the angle at which the air flow crosses the isobars is somewhat exaggerated. Within ~ 1 km of the Earth's surface, the air flow would cross the isobars at small angles, while above that it would follow the isobars quite closely.

anticlockwise in the Southern Hemisphere), in which air spirals downwards and outwards, are known as anticyclones (Figure 2.5(b)).

If you study Figure 2.5(a), you will see that the direction of air flow is such that the pressure gradient (acting from higher to lower pressure, at right angles to the isobars) is to the left of the flow direction, in the opposite direction to the Coriolis force, which (as this is the Northern Hemisphere) is to the right of the flow direction. The same is true in the case of the anticyclone in Figure 2.5(b), although here the pressure gradient is acting outwards and the Coriolis force inwards. If the balance between pressure gradient force and Coriolis force were exact, the winds would blow along the isobars. As mentioned in Chapter 1, this type of fluid flow is known as geostrophic. If you study weather charts, you will see that, away from the centres of cyclones and anticyclones, air flow is often geostrophic, or almost so, with the wind arrows either parallel to the isobars or crossing them at small angles. Geostrophic flow is also important in the oceans, as will become clear in Chapter 3.

In the atmosphere, how cat) mill-latitude cyclones and anticyclones contribute to the poleward transport of heat?

Figure 2.6 Highly schematic diagram to show the poleward transport of heat in the atmosphere by means of mid-latitude vortices (cyclones and anticyclones).

Moving air masses mix with adjacent air masses and heat is exchanged between them. For example, air moving northwards around a Northern Hemisphere cyclone or anticyclone will be transporting relatively warm air polewards, while the air that returns equatorwards will have been cooled. This may be likened to the stirring of bath water to encourage the effect of hot water from the tap to reach the far end of the bath, and is shown schematically in Figure 2.6.

Mixing occurs on a variety of scales. Between the warm westerlies and the polar easterlies, there is a more or less permanent boundary region known as the Polar Front (Figure 2.2(b)). Flowing at high level along the polar limit of the westerlies is the fast air current known as the polar jet stream. For days or weeks at a time, this may simply travel eastwards around the globe, but it tends to develop large-scale undulations. As a result, tongues of warm air may be allowed to penetrate to high latitudes, and cold polar air masses may be isolated at relatively low latitudes (Figure 2.7(a)).

Figure 2.7 (a) Schematic diagram showing later stages (1, 2) in the development of undulations in the northern polar jet stream, which flows near the tropopause at heights of 10 km or more. cf. Figure 2.2(b)). Meanwhile, cyclones (or depressions, shown here as swirls of cloud) form beneath the poleward-flowing parts of the jet stream, and anticyclones (not shown) form below the equatorward-flowing parts. For clarity, we have omitted the subtropical high pressure regions in mid-latitudes and the Hadley circulation at low latitudes.

(b) Satellite photomosaic of the Southern Hemisphere showing cloud cover for one day in April 1983 (i.e. during the southern winter). The cyclonic storms that develop below the poleward-trending sections of the jet stream mean that its undulating path is shown up by the cloud pattern. In comparing the cloud swirls with the path of the polar jet stream shown in (a), remember that in the Southern Hemisphere air moves clockwise around subpolar lows.

The undulations that develop in the polar jet stream are known as Rossby waves, and they always travel westwards around the globe. For reasons that will become clear later (Chapter 5). small-scale waves in the polar front tend to develop into anticyclones below equatorward-flowing parts of the jet stream, and into cyclones (indicated by the cloud spirals in Figure 2.7(a)) below poleward-trending parts of the stream. Often referred to as depressions, these low pressure systems are common features of weather charts of the north-east Atlantic region. The overall effect is that heat is transported polewards (Figure 2.8).

Figure 2.8 (a) Stages in the development of a mid-latitude cyclone (depression) in the Northern Hemisphere, showing how it contributes to the poleward transport of heat. The pale purple band represents the sloping frontal boundary, where warm air overlies a wedge of cold air (as in Figure 2.2(b)). Frontal boundaries can be anything from 50 km to more than 200 km across. That part of the front where cold air is advancing is known as a cold front, and that part where warm air is advancing, as a warm front. Where they combine, an occluded front results.

(b) Typical weather chart for the northern Atlantic/north-west Europe (for 31 October 1999), showing waves in the polar front developing into low pressure systems. The heavy lines are where the warm and cold air masses meet, and the symbols on these lines indicate whether the front is warm or cold (cf. (a)), or a combination (i.e. occluded).

We now move on to consider how heat is redistributed within the atmosphere, by means of predominantly vertical motions.