Increasingly, PV cells are being added to residential and commercial structures. This approach to using solar energy is modular, as panels can be added to any existing structure with sufficient exposure to sunlight. In addition, photovoltaic cells are able to tie directly into the existing electrical grid, thus avoiding the need to build additional transmission lines. In cases where the solar energy provides more energy than any one location can use, it can actually supplement the electrical grid with additional power to be used elsewhere. In such cases, the electric company is required to pay the individual the same amount they would charge per unit of electricity. Therefore, rather than being billed for using electricity from the grid, the individual could actually receive a check from the electric company for any power that was sold to the grid. This helps offset the initial cost of installing solar cells.

Different groups perceive the issue of solar energy differently. Advocates see solar energy simply as another fuel to plug into the existing energy system and do not feel that it carries any social or political relevance. They argue that the removal of conventional impediments to the diffusion of solar power, such as financing or getting high-quality installation on new devices, leads to substantial growth in the solar energy market. Solar advocates tout the technology as environmentally benign, and believe it will be an important part of the solution to the structural problem of energy-related pollution. Other groups maintain that there are too many barriers for solar energy to be a large-scale option in the immediate future.

Economic barriers have stood in the way of using solar energy because of the high price of solar equipment. However, technological advances and economies of scale are making PV electricity production steadily more cost-effective. The market for solar power is growing, primarily overseas, where two billion people, most in developing countries, still live without electricity. In countries where energy from the sun is abundant, a small PV panel on a house can create enough power for two light bulbs, a television, and a radio. With installation costs of

$400-$600 per house and low maintenance, these solar panels already appoint thousands of rooftops in India, Indonesia, Mexico, and Brazil. In addition to residential buildings, many commercial buildings are now starting to add photovoltaic cells, as well. Large areas such as rooftops of office buildings are ideal places for these cells, as they are otherwise wasted space. They are also high enough to avoid any obstructions that might block exposure to the sun.

growth of a new industry

The solar PV industry grew at an annual rate of over 20 percent worldwide in the past decade, and 40 percent from 2007-07, reaching an annual PV module production of 100 megawatts (MW) in the United States and about 400 MW globally. Worldwide, in 2001, photovoltaics were a $2 billion business. In the United States alone, the industry employs about 20,000 people in high-value, high-tech jobs. In the swimming pool sector of solar thermal, according to the Florida Solar Energy Center, the equivalent of 594 MW of power was installed last year in the United States. For solar hot-water heating for general home use, one utility, Hawaii Electric, has installed systems that produce approximately 60 MW per year, and it continues to add around 12 MW of capacity annually.

The "power tower" in California uses a field of mirrors focusing on a boiler atop a tower. A working fluid is heated, which in turn makes steam to drive a turbine. The hot fluid also may be stored to generate electricity at night. A simple but promising idea is the solar pond, developed in Israel. If the bottom layer of water is heated by the sun and then prevented from rising, then heat can reach usable temperatures and be stored in the pond. Electricity can be generated, or, for that matter, any low-temperature heat demand can be met.

Although geography, daylight, and weather present major barriers to the use of solar power, high cost is still its biggest impediment. Most new technologies need initial research and development support to get established, which represents a major institutional hurdle, especially because governments are the most probable source of initial support. There are likely to be disagreements about which projects should be funded and over how projects should be developed. In addition, there may be resistance to new developments

Fields of solar mirrors in California collect some of the 100 MW of solar power produced in the United States every year.

from those with vested interests in the existing range of technologies, and a lack of commitment from decision-makers to press ahead with what may seem to be risky and long-term development programs.

The growing energy demand is mounting pressure on conventional energy supplies, such as oil, coal, and natural gas. By 2025, worldwide electricity use is projected to increase. Solar energy could provide a large percentage of the future electricity used. Solar energy is expected to form a significant share of the U.S. energy market by 2020, and by 2030 is expected to meet 10 percent of U.S. peak energy demand. For this statement to become a reality, millions of homeowners and businesses would have to switch to solar energy. This is possible only if solar power becomes affordable.

It is expected that some of the technologies, such as roof-mounted systems, solar dishes, and concentrating PVs, will also play a role in America's energy future. Experts predict that the main use for solar energy in the future will be for space heating. Currently, houses are being designed to make maximum use of solar heat so that the needs for space heating could be met almost entirely by solar energy in populated regions of the world as far north as Boston.

Perhaps the greatest benefit of using solar energy is the environmental impact. The beauty of solar energy is that it simply uses existing energy. No hydrocarbons need to be burned in order to release the energy required for doing other forms of work. Energy from the sun is simply collected and used. In essence, the sun is doing all of the work that a conventional nuclear reactor would be doing on Earth. However, the sun takes care of this process without fuel or maintenance. There are costs and environmental impacts associated with manufacturing PV cells to harness this energy, though. Initially, these cells would need to be manufactured in facilities powered by a conventional source of energy, such as coal or nuclear power.

Although progress is being made in the field of solar energy, one of the major concerns holding solar energy back is the high cost. Currently, solar cells must be viewed as an investment in order to justify the initial cost of the cells, and the installation. However, the government does offer incentives at both the state and federal level for those interested in adding solar cells to homes.

The economic impact of solar energy is huge. Because solar energy is dispersed more evenly throughout the globe than fossil fuels, no one country or government would be able to control it. This would ultimately lead to a more stable infrastructure for countries whose energy needs are dependent on foreign nations. Solar energy would not only alleviate the pressures of oil dependence, it would also bring seemingly free energy to developing regions of the world, where conventional forms of energy are either too expensive or impractical. For instance, there are regions of the world that do not have any sort of power grid. For places such as these, the modular design of solar cells allows for the construction of cells on a case-by-case basis.

Solar energy does have its limits. While the distribution of solar energy is much more homogeneous than that of fossil fuels, there are portions of the world that experience more or less solar exposure. For instance, during winter, the sun does not shine for months at a time at the North pole. For the rest of the world, there is the dilemma of night. Solar energy alone cannot provide power 24 hours a day. To overcome this barrier, batteries are required to store the energy overnight until they can be recharged the next day. Also, because PV cells are constantly exposed to the elements, they are susceptible to damage from high winds or hail storms. However, solar energy will continue to gain momentum as a practical source of energy in the coming decades. As more and more manufacturing facili ties are built to handle the demand, the cost of such cells will be reduced, and solar energy will become more practical for the average consumer. 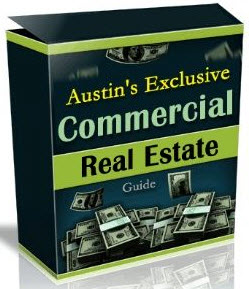