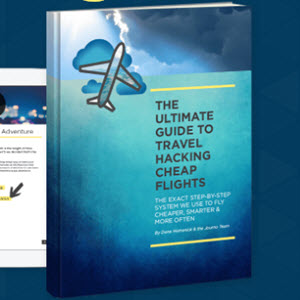 Airlines have looked at addressing concerns of global warming by educating passengers as to the consequences of their actions and allowing them to offset their carbon footprint. In the United Kingdom, flybe. com has produced an energy consumption chart that allows customers to compare their carbon footprint with other aircraft within their fleet. British Airways and easyJet have introduced sections on their websites where customers can pay to offset their carbon emissions for a specific journey by planting trees in the developing world. Airlines are further tackling the problems of climate change by producing annual environmental audits that look at reducing their impact on the environment, both in the air and on the ground.

Fully addressing aviation's impact on the environment require unanimous worldwide governmental consensus on what measures to take. Aviation fuel remains untaxed (apart from domestic air services within the United States), which, in turn, has allowed airlines to offer cheap travel options. The industry has lobbied successfully to stop such taxation being applied unilaterally by governments, as it is thought that such measures could have a detrimental impact on those country's airlines. Within Europe, the European Union has developed an Emissions Trading Scheme.

This initiative looks at companies trading credits based on the amount of CO2 they create. Companies are given an initial allowance, and are then free to trade by selling unused credits or purchasing credits for emissions that are produced above their initial allowance. Airlines, including British Airways and Scandinavian Airlines (SAS), and the IATA have all agreed that this control would be preferable to taxation on aviation fuel.

The development of low-cost carriers has been seen as one of the main reasons for the continued growth in popularity of cheap flights. Many commentators have seen the development of airlines such as Jet Blue, easyJet, and AirTran as a major hurdle to the possible reduction in air travel. The low-cost carriers have, however, started to market their green credentials by highlighting that their aircraft fleets tend to be the youngest and most fuel efficient within the industry.

Furthermore, low-cost airlines point to the higher load factors that they are able to achieve onboard their aircraft, which, in turn, leads to a lower carbon footprint per passenger. The use of less congested airports by these carriers has also reduced significantly the need for aircraft to queue for take-off and landing slots. Low-cost operators have further reduced the weight of their aircraft by introducing extra costs for passengers wishing to place baggage into the aircraft hold. Such policies have helped minimize the fuel burned, while at the same time allowing aircraft to be turned around quicker, and requiring fewer support vehicles.

While aviation continues to grow at a furious pace, the industry is aware of its effects on the environment. The air transport industry is investing heavily in new technologies as the key to reducing its current carbon footprint. However, with the continued growth of cheap air travel, it may require global governmental action through taxation or emission-trading schemes to make passengers pay a more realistic price for their flights.

Hot-Tips! From Great Low-Cost Airline Tickets To Today's New Travel Rules This Ebook will give you tips and techniques for planning your Discount Travel Plan for your Vacation. There are a TON of things to think about, but this Guide will begin to walk you through the steps.