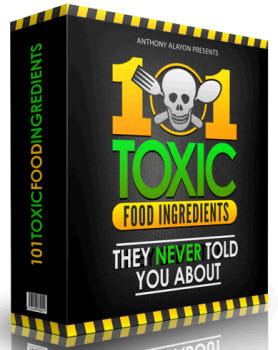 Epidemiology has shown that plant food products (and especially fruits and vegetables) have a positive role in protecting against cardiovascular diseases and cancer (Rimm et al., 1996; Doll, 1990). This effect has been associated with the content of several secondary metabolites, also named as phytochemicals or phytonutrients, that have relevant biological activities, especially when consumed regularly as part of the diet.

Clinical studies also support the role of the phytochemicals as health-promoting food constituents (Kris-Etherton et al., 2002; Scalbert et al., 2002). The role of antioxidant phytochemicals in the prevention of these diseases has been mainly attributed to the prevention of low-density lipoprotein (LDL) oxidation (Rankin et al., 1993; Scalbert et al., 2002) through a scavenging activity against peroxyl and hydroxyl radicals (Rankin et al., 1993), although these constituents can exert their biological activity by many other mechanisms (Johnson, 2002; Finley, 2005). Extracts containing phytochemicals, and especially those obtained from food products, are actually used in the preparation of nutraceuticals and functional foods.

Secondary metabolites have a role in the plant that is related to the plant's defence against external aggressions (ultraviolet light irradiation, microbial attacks, insect feeding deterrent, etc.), they also act as visual ecological markers in flowers and fruits (attract pollinators and animals for seed dispersal); for these reasons they mainly accumulate in external tissues (Harborne, 1982). They are also responsible for different food quality characteristics - including colour, flavour and aroma of fruits and vegetables and related products (wines, juices, etc.) (Tomas-Barberan and Espin, 2001). In addition, due to their antioxidant properties these metabolites could be used as food ingredients to prevent rancidity. Many of them occur in the vacuoles of epidermal cells, and in some instances they are excreted to the tissue surface together with waxes and resins (Wollenweber and Dietz, 1981).

During fruit and vegetable handling and processing the external tissues are usually removed and discarded, being one of the main sources of waste generation. Fruit peels and external leaves of vegetables are generally the richest in phytochemicals, and therefore the plant food industry residues constitute an excellent source for the preparation of phytochemical extracts with potential use in the preparation of functional food ingredients and nutraceuticals (Schieber et al., 2001; Laufenberg et al., 2003; Tomas-Barberan et al., 2005).

In this chapter we evaluate the actual trends and real possibilities of using plant food residues produced in the packing houses and the food industries as a source of high-value phytochemical extracts that could be used in the preparation of functional foods, nutraceuticals and food ingredients.

Get All The Support And Guidance You Need To Get The Right Nutrition For Your Kids. This Book Is One Of The Most Valuable Resources In The World When It Comes To Essential Nutrients For Children All Parents Should Know. Children today are more likely to consume foods that are delicious rather than nutritious, and most foods that come under the delicious category are usually either highly sweetened or salted, either way the delicious choice is not good for the child at all.