It is frequently argued that we could solve the energy crisis simply by using energy more efficiently. At present we are very wasteful. We leave lights on in empty rooms, heat parts of our houses that are not in use, and allow the rooms in use to be too hot, so that most of the heat escapes through the windows and walls. In many warm countries air conditioners are over-used in summer so that the rooms become too cold. Much larger amounts of energy are wasted by inefficient processes in factories. Huge amounts of energy are spent on unnecessary journeys and leisure activities. Advertising and high-pressure salesmanship encourages people to buy things that they really do not need, and credit schemes make it easy to do so. Changes of fashion in clothing and house-styles mean that perfectly useable items are thrown away. Many machines are not designed to last as long as possible; on the contrary, manufacturers ensure by built-in obsolescence that they will have to be frequently replaced. The aim is to increase their production and maximise their profits at the expense of the consumer, and in the process much energy is wasted. It is very often easier and cheaper to throw away a defective machine and buy another rather than have it repaired. Indeed it is now almost impossible to find people willing to repair anything.

All this is happening at a time when billions of people lack the energy needed to provide the bare necessities of life. It is immoral to allow this to continue. In any case in the long run it cannot continue as the resources of the earth are limited and thus unable to sustain indefinite growth.

It is very easy, and indeed it is a moral duty, to save energy by quite simple measures. We can switch off lights not in use, and install thermostats to keep the temperatures of the rooms at a moderate level. Fitting double glazing, lagging pipes and insulating walls and roofs also cuts down the energy loss. We can avoid unnecessary journeys, use public transport whenever possible, walk instead of driving, and avoid leisure activities that waste energy. Houses can be built to save energy and Industrial processes can be designed in a more efficient way. It has been estimated that if such measures are introduced the energy use can be reduced by a very substantial factor (Von Weizacker et al. 1996).

Many of these energy-saving measures can be taken immediately, but others take time and may themselves be energy-consuming. Thermostats and lagging, for example, have to be manufactured, and this costs energy. There is a time-lag before there is a net saving of energy. It is much easier to design and build an energy-saving house than to convert an existing building.

It is easy to urge that energy be saved, but far more difficult to convince people to take the necessary action. If energy is cheap, people just cannot be bothered to take energy-saving measures. Furthermore, many of the energy-saving measures themselves cost money, and even if there is a long-term gain this is a strong disincentive. It is easy to reduce energy consumption by increasing the price but this can provoke a violent political reaction, as happened recently in the UK when the price of petrol was raised. Furthermore, a rise in energy price hits the poor harder than the rich, and can seriously affect their health. Many poor people suffer from malnutrition and even die from hypothermia in the winter because they cannot afford food and fuel. Care must be taken to avoid this by measures such as reducing the price of electricity for the first few units every month and then increasing the price for higher levels of consumption.

There are also larger changes concerning the management of the economy and changes in the structure of society that could effect large energy savings and save scarce resources. Transport is a large consumer of energy in the form of petroleum, which is polluting as well as running out. It is thus very desirable to switch to other means of propulsion such as electricity. Already there are battery-driven cars and improved designs are being developed. These are designed so that the batteries can be recharged when the car is not in use. At present they are more costly than petrol-driven cars, so perhaps government intervention in the form of subsidies could encourage the widespread use of such vehicles. To avoid pollution the electricity must be generated by a non-polluting source, of which nuclear is the only practical way at the present time. It is also possible that some time in the future transport could be driven by hydrogen, as discussed in Section 3.10

Further energy savings can be obtained by encouraging the use of more energy-efficient means of transport such as trains and buses instead of cars and lorries for passengers and for freight. To illustrate this, MacKay (2008) gives the following transport efficiencies in Japan (1999) in kWh per 100 passenger-km: car 68, bus 19, rail 6, air 51, and sea 57.

As the cost of travel increases, mainly due to the rise in oil prices, it will become more difficult for people to afford to travel long distances to work, or even to have a car for themselves. This in turn will make living outside the towns and cities less attractive. This may be partly offset by the use of modern technology to make it possible for many people to work at home, at least for some of the time. This implies large changes in the structure of society, and it would be wise to bear this in mind when planning new housing developments. Another consideration is that the predicted rise in sea level makes it undesirable to build houses on low-lying land liable to flooding.

It is also necessary to ensure that energy-saving measures are not counterproductive. A consideration that is often overlooked is that using more efficient manufacturing processes can reduce the cost of production and, to gain an advantage over their rivals, manufacturers can then reduce the price of their goods and hence increase the sales. The final result is that more energy is used than before. This was already recognised by the Victorian economist Stanley Jevons who wrote: 'It is wholly a confusion of ideas to suggest that the economical use of fuel is equivalent to a diminished consumption. The very contrary is the truth. It is the very economy of the use which leads to its extensive consumption. It has been so in the past and will be so in the future.'

Many of these energy-saving measures are being implemented but nevertheless the increasing world population and the average rise in living standards are causing the world consumption of energy to rise linearly with time at the rate in 2004 of about 4.3% per year. Thus while energy conservation is extremely important and should be encouraged by all practicable means it will not by itself solve the energy crisis. It is therefore still necessary to examine all possible energy sources to see which of them can best provide our energy needs.

Quite often there is more energy available than we need at the time, so many of our energy problems would be solved if energy could easily be stored on a large scale. It has already been mentioned in connection with storing water on a farm using a windmill that inevitably operates discontinuously. When the reservoir is full and the wind still blows that energy is wasted. This does not matter because relatively small amount of energy are involved. The situation is quite different for large amounts of energy. It is then necessary to have enough power stations to meet periods of peak demand, with extra allowance for unexpected failures. At other times there is a large excess capacity, and if the extra energy generated in these periods could be stored then fewer power stations would be required. Unfortunately this is not possible because electrical energy must be used as soon as it is generated and it cannot be stored economically. Batteries are unsuitable and far too expensive for this purpose. A practicable possibility is to use excess energy generation to pump water from a lower to a higher level and then to let it flow down through turbines when demand requires. This can be done in places where there are two large lakes not far apart at very different altitudes, but there are very few such places and in addition the process itself wastes about 30% of the energy. Another possibility is to use the excess electricity to decompose water into hydrogen and oxygen and store the liquefied gases. These can be allowed to recombine when the stored energy is needed. This process is expensive and at present more so than the cost of building extra power stations.

Other possible energy storage methods are flywheels, supercapaci-tors and superconducting coils (Swamp 2007). One of the problems in supplying power for spacecraft is that batteries last only a few years, so it is proposed to replace them by flywheels. It is also planned to develop a 20 MW power plant to be connected to the national electricity grid. This could store energy and release it very rapidly, in about 4 seconds, when there is a surge in demand. Another application is to store the energy of heavy vehicles such as buses and lorries when they brake, and then release it when they start to move again. This could halve the fuel used by vehicles that frequently stop and start. However the cost of this device is about $50,000, three times that of a fuel cell. Supercapacitors are already used in laptops and other electronic devices. For most applications, however, supercapacitors and superconducting coils are far too expensive. 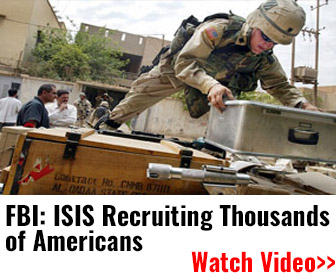