It took a long time for the business community to come to terms with energy efficiency. John B. Robinson argues that the relative novelty of the energy efficiency field together with its technical nature and the invisibility of energy caused a lack of good information on EETs, their potentials and costs.7 There are also other issues pertaining to the attitudes. They include the lack of recognition of non-market needs of consumers, and the focus of the private sector on environmental remediation rather than pollution prevention.

Leaving aside that business goals and the measurement of their successes are complex and a matter of debate, it can be safely assumed that business establishments are profit-seeking organizations. Therefore, unless industrial firms consider resource depletion and environmental degradation, in terms of economic and management concepts, such as customer demand for green products, they are not likely to integrate environmental aspects into their decision making process. However, EE is just one of the many names given to the concept of developing the economy while protecting the environment. Industrial ecology refers to the study of using resources efficiently as part of good business practices. Energy efficiency and pollution prevention involve the efficient use of resources, which is key to industrial development. Industries not only prevent pollution but can also enhance profits by reducing energy and material use. They save the direct costs of these resources, as well as reduce disposal costs, avoid fines, and minimize bad publicity. In addition, resource efficiency often enhances productivity, streamlines production and improves workplace conditions.

Within many parts of the business community, there is traditionally resistance towards organized forms of protecting the environment.Without

being exhaustive, from an approach centred on society which views the state as '(...) tightly constrained by the structure of power within society (...)' any kind of organization is a matter of power and lobbying.8 Therefore, an organized environmental protection group and movement, as well as governmental intervention might be interpreted as a loss of power and influence by the energy sector.9 S. Meyer provides another explanation for the renunciatory business behaviour with regard to environmental regulation: 'Environmental costs are seen as a form of externally imposed social tax, an illegitimate tax placed on business.'10 However, in recent years, the industry has been increasingly active in finding ways to increase the quality and to decrease emissions at the same time. Relevant market players, including corporations, analysts, bankers, insurers and individual investors have started to take advantage of sustainability concerns. The financial industry is becoming aware of the cost of inaction. Environmental disasters have caused great losses in the insurance market and environmental factors influence company accounts, as for instance, in loss provisions and reserves made for contaminated land. According to Schmidheiny and Zorraquin, 'They also see some of their colleagues making respectable returns in investment funds that trumpet their environmental ethics.'11

Many business establishments are introducing competition into their industries to make them more efficient. The advantages of competitive markets are well known: lower costs and prices, more product choices, better customer service and less intrusive regulation by government agencies. Efficient technological innovation allows competition in the industry. Using energy more efficiently reduces the cost of producing goods and services. Depending on the type of market, this resource-cost reduction can translate into lower production costs, higher output and more profits. If maximizing profit is assumed to be the main objective of companies, there is a compelling motive to save energy. Companies can produce and acquire new goods and services, which are less energy consuming and in these ways lower expenses. Investments into EE can greatly reduce, defer, simplify and cheapen investments while improving their technical performance.

If the cost of EE investments exceeds the value of the energy savings, then the EE investments are not made. This means that energy efficiency is a good choice if and only if the company is using less than optimal energy technology.12 For example, Visteon Corporation improved its compressed

9 Humphrey et al. (2002) give an overview of the history and current trends of the environmental movement.

air system at its automotive glass plant in Nashville (USA) in 2000 by replacing existing units by smaller and more energy efficient units. The total cost of project implementation was USD 724,000. The benefits were a total annual savings of USD 711,000, which lead to a simple payback of about one year, reduced annual energy consumption by 7.9 million kWh, reduced maintenance costs, improved system performance and avoided asbestos abatement costs to the tune of USD 800,00013 (Box 5.2).

Since the UN Intergovernmental Panel on Climate Change (IPCC) declared in its 'Second Assessment Report' from 1995 that '(...) significant no-regrets opportunities are available in most countries (...)',14 there has been wide recognition within industry that climate change is not only a

problem but also an opportunity.15 In many cases, the business community is emerging as one of the major players in the quest to save the planet. The involvement of private industry, though driven by profit, is as crucial to the successful implementation ofinternational agreements on global environmental issues as the role of governments and civic society. The Montreal Protocol has been a success story. Possibly the scope for private industry participation is even greater in the provisions ofthe Kyoto Protocol, which places legally binding limits for developed countries on the emission of six greenhouse gases. Although the mechanism for achieving the Kyoto targets is still developing, there is already considerable private sector interest in one ofthem, the Clean Development Mechanism (CDM). The CDM allows investments in projects in developing countries that reduce emissions, to generate certified emission reduction units, which in turn may contribute towards compliance by developed countries. The CDM has the potential to become a powerful instrument for foreign direct investment and technology transfer, provided certain conditions are met. The main goals of the CDM are to:

• Assist developed countries in complying with part of their emission reduction commitments; and

The most attractive feature of the CDM from the view of the private sector is that it will be project-based. Projects will most likely be of three types of which the mitigation of emissions through application of EETs is an important one. Thus, all CDM projects would have double dividends in the form of additional GHG reductions as well as energy efficiency and pollution prevention.

Successful private sector involvement in the CDM will, however, require a number of conditions to be met for reducing inherent risks. These include assured credits, minimum overheads, flexibility, transparency and simplicity, an appeal mechanism and stability. Ultimately, it is the profit motive that will drive private participation in the CDM, and in other international initiatives supported by multilateral negotiated agreements. From an environmental perspective, therefore, the increasing EE is extremely important.

A. Lovins, L.H. Lovins, and P. Hawken have proposed an approach which '(...) not only protects the biosphere but also improves profits and competitiveness'.16 According to their concept 'Natural Capitalism', business practices go through four major shifts:

• 'Dramatically increase the productivity of natural resources.'17 This could be done by the application ofsystems thinking and the use ofnew and innovative technologies. 'Whole-system thinking can help managers find small changes that lead to big savings that are cheap, free or even better than free (because they make the whole system cheaper to build)'.18

• Produce according to biological models, as for instance via closed loop manufacturing. This will reduce waste drastically: For example, Du Pont recycles its polyester industrial film into new film, which leads to another design of the film with less material intake and less production costs and better performance of the film.19

• Reinvest in natural capital because ecosystem services are limiting factors.20

According to Richard Dorf, business corporations have made a transition in the past 50 years through several stages of corporate environmentalism. These stages are summarized in Table 5.2

Internal problem solving: The impacts on environment were seen as outside the corporation. Regular departmental units were used to address these issues.

Compliance with government regulations: Corporations became defensive as the number of regulations increased. Separate environmental departments were established by corporations.

Impact reduction and protection of reputation: Corporations were dedicated actively.

Integration of business goals and environmental goals: The environment is seen as a strategic issue and incorporated.

21 Adapted from Dorf 2001, with permission from Elsevier Science.

T. C. Russell, industrial programme manager for theAlliance to Save Energy, underlines the importance of communication and presentation to convince decision makers. There is a need to persuade them with hard facts and numbers that energy efficiency can save money, contribute to corporate goals and reduce energy use.22 In his article Justifying Energy Efficiency Projects to Management, Russell suggests how to interpret, as for instance, the benefits of fuel cost savings. 'Implementing energy efficiency lets the corporation enjoy two benefits: decreased fuel expenditures per unit of production and fewer emission-related penalties.'23 The savings resulting from decreased expenditures for fuel are equivalent to a new source of capital. For publicly held corporations energy efficiency is a good way to add shareholder value.24 There are a large number of avenues to adopt energy efficiency measures, both from supply-side as well as demand-side. For example, a study conducted with reference to India reveals such avenues as shown in Tables 5.3, 5.4 and 5.5.

Table 5.3 Potential Savings due to Increase in Supply-side Efficiency 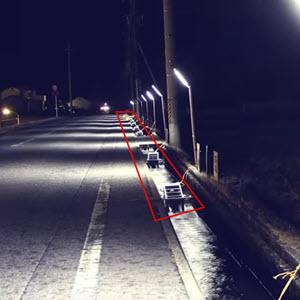