Methods Of Disinfection And Disinfectant Agents

Generally, two methods of disinfection are used: chemical and physical. The chemical methods, of course, use chemical agents, and the physical methods use physical agents. Historically, the most widely used chemical agent is chlorine. Other chemical agents that have been used include ozone, ClO2, the halogens bromine and iodine and bromine chloride, the metals copper and silver, KMnO4, phenol and phenolic compounds, alcohols, soaps and detergents, quaternary ammonium salts, hydrogen peroxide, and various alkalis and acids.

As a strong oxidant, ClO2 is similar to ozone. (Ozone will be discussed specifically later in this chapter.) It does not form trihalomethanes that are disinfection by-products and suspected to be carcinogens. Also, ClO2 is particularly effective in destroying phenolic compounds that often cause severe taste and odor problems when reacted with chlorine. Similar to the use of chlorine, it produces measurable residual disinfectants. ClO2 is a gas and its contact with light causes it to photoox-idize, however. Thus, it must be generated on-site. Although its principal application has been in wastewater disinfection, chlorine dioxide has been used in potable water treatment for oxidizing manganese and iron and for the removal of taste and odor. Its probable conversion to chlorate, a substance toxic to humans, makes its use for potable water treatment questionable.

The physical agents of disinfection that have been used include ultraviolet light (UV), electron beam, gamma-ray irradiation, sonification, and heat (Bryan, 1990; Kawakami et al., 1978; Hashimoto et al., 1980). Gamma rays are emitted from radioisotopes, such as cobalt-60, which, because of their penetrating power, have been used to disinfect water and wastewater. The electron beam uses an electron generator. A beam of these electrons is then directed into a flowing water or wastewater to be disinfected. For the method to be effective, the liquid must flow in thin layers.

Several theories have been proposed as to its mechanics of disinfection, including the production of intermediates and free radicals as the beam hits the water. These intermediates and free radicals are very reactive and are thought to possess the disinfecting power. In sonification, high-frequency ultrasonic sound waves are produced by a vibrating-disk generator. These waves rattle microorganisms and break them into small pieces. Ultraviolet light will be addressed specifically later in this chapter.

In general, the effect of disinfectants is thought to occur as a result of damage to the cell wall, alteration of cell permeability, alteration of the protoplasm, and inhibition of enzymatic activities. Damage to the cell wall results in cell lysis and death. Some agents such as phenolic compounds and detergents alter the permeability of the cytoplasmic membrane. This causes the membrane to lose selectivity to substances and allow important nutrients such as phosphorus and nitrogen to escape the cell. Heat will coagulate protoplasm and acids and alkali will denature it causing alteration of the structure and producing a lethal effect on the microorganism. Finally, oxidants, such as chlorine, can cause the rearrangement of the structure of enzymes. This rearrangement will inhibit enzymatic activities.

Continue reading here: Time of Contact and Intensity of Disinfectant 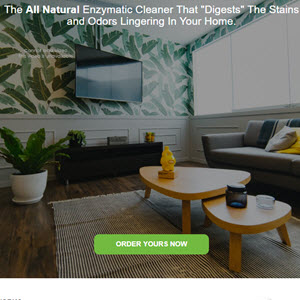